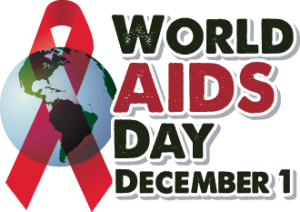 December 1 was World AIDS Day, designed to raise awareness of the efforts towards eradicating, as well as living with, HIV. Once thought of as a disease that cut short the lives of many urban young people, the demographics of HIV have significantly shifted. In 2020, the CDC reported that the majority of those carrying the HIV virus are now aged 50 or over.

The first reported cases of HIV occurred in the United States in 1981, and those cases exploded throughout the following decade.  A person who was 21 years old in 1981 turned sixty in 2020.  Medical advances since the 1980s have made it possible for HIV positive people to lead healthy, active lives, and to suppress their viral loads to such an extent that transmission to others is impossible. But that also means that an entire generation of “long time survivors” – those who have been HIV positive for many years – are now entering the ranks of the “senior” population.  And that suggests both the challenge and opportunity to focus on this phenomenon.

HIV first spread among the gay male population, and this presents its own set of issues: GLBT persons are twice as likely to be single and live alone as their straight counterparts, and four times as likely to be childless. As this population enters their senior years, it means that the number of family members who might be available to serve as caregivers or helpers as they age is markedly less than the general population. And according to Stu Maddox, the producer of the movie, “Gen Silent,” GLBT persons have often felt widespread discrimination in long-term care facilities.  While hopefully this will change, he adds, “LGBTQ older people are frequently so afraid of discrimination or bullying that many go back into the closet.”  Many of these persons can still remember when homosexuality was seen as a psychological disorder, and punishable by discharge and even jailtime in the US Military.

Sympathetic support networks will be critical for this aging population, and the time to cultivate these networks is no longer a future issue, but upon us today.